Is the power of the tinted plastic film not as good as the refrigerator? 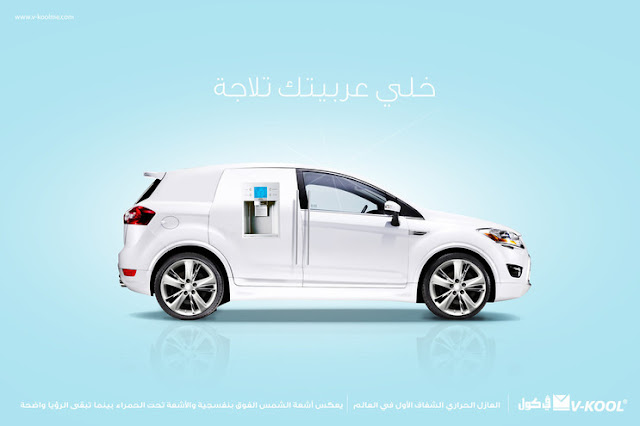 international advertising, domestic advertising, similar ad, print ad, advertising video, TVCF, outdoor advertising, marketing, interesting ads
V-Kool_[ Fridge ]
V-Kool is an image ad that says that the car will cool down when you build a tinted plastic film construction....
Everyone knows that Egypt is a country of heat.
It's enough to put the car outside and fry it on the bonnet.
It would seen to be effective in such a place because the internal temperature of the car almost goes up in a murderous way.
V-Kool is a special film development and production distribution company,
As a well-known company in Korea, it is a representative product of solar power, reinforcement film, etc.
It is widely known as an expensive but reliable product.